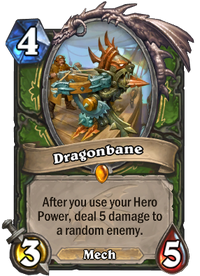 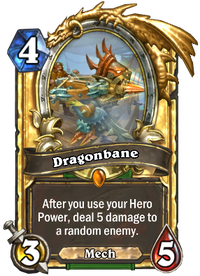 After you use your Hero Power, deal 5 damage to a random enemy.

Dragonbane is a legendary hunter minion card, from the Descent of Dragons set.

Dragonbane can be obtained through Descent of Dragons card packs, through crafting, or as an Arena reward.

Dragonbane has a decent survivable body and a strong active effect. Face Hunter and Midrange Hunter can make use of the card, threatening your opponent with its powerful repeatable effect. Since the effect is random, it's best to use Dragonbane when the opponent only has one minion, or at least several important targets.

If the enemy has no minions, Dragonbane can be used to do 5 extra face damage with your hero power, putting on a lot of pressure. 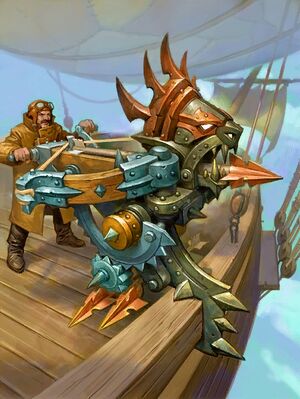