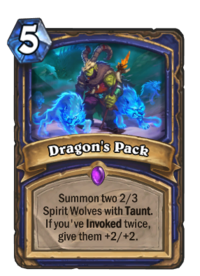 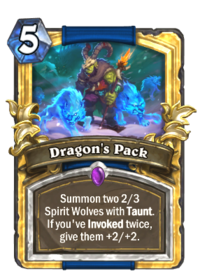 Each dragon's pack is guaranteed to have at least one rare.

Dragon's Pack is an epic shaman spell card, from the Descent of Dragons set. 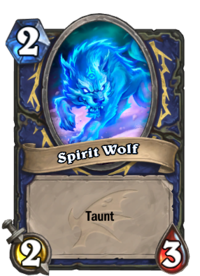 Uninvoked, Dragon's Pack is okay value, providing a Feral Spirit with all the mana upfront. However, it's an expensive effect and compares poorly to Saronite Chain Gang. While properly Invoked, and Dragon's Pack is an incredibly efficient Taunt that resists board clears and single-target removal. If not dealt with, the Spirit Wolves can threaten 8 damage on the following turn, making them solid for board pressure as well. 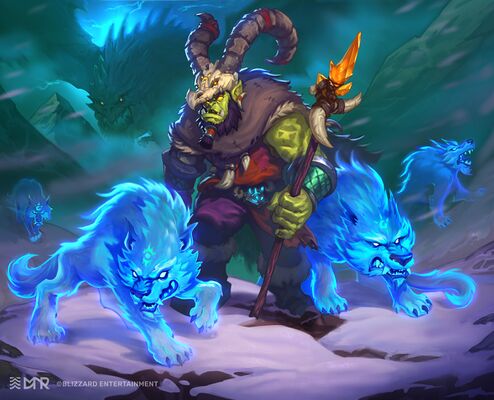