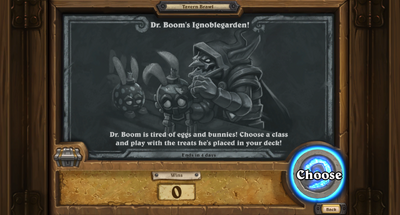 "Dr. Boom is tired of eggs and bunnies! Choose a class and play with the treats he's placed in your deck!"

Dr. Boom's Ignoblegarden! is a Tavern Brawl. It debuted on April 17, 2019. For exact times, see the schedule.

This Tavern Brawl sees players doing battle with random decks that has special Boom Bot cards in it. Each player starts the game with a Noblegarden Egg in play that hatches into a Boom Bot. 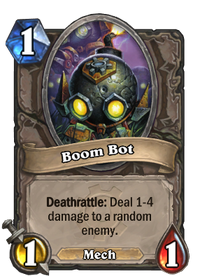 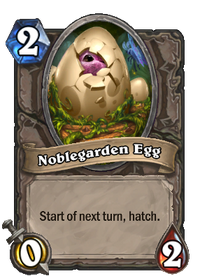 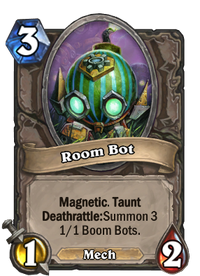 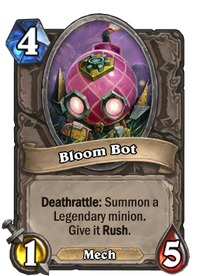 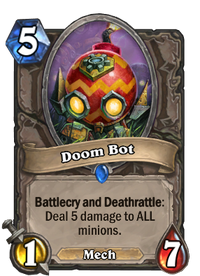 This brawl is fairly random, so there's not much strategy. Warrior may be a preferable class, since they have lots of good Mech cards to synergize with the Boom Bots. Classes with pinging hero powers can also be helpful for dealing with the Boom Bot that begins in play at the start of the game.