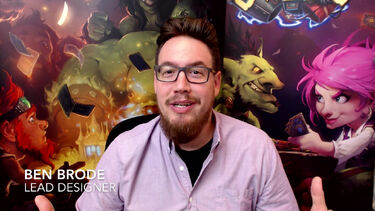 Designer Insights videos offer a way for the designers to directly communicate with players, outside of media such reddit, Twitter and the official forums. Brode describes the format as "face to face, almost", considering video a better format to discuss game design issues and things the developers are worried about for the future of the game.[1]

The first official Designer Insights was released in September 2015, primarily addressing the perceived phenomenon of power creep in Hearthstone as well as the new player experience. However, the prototype for the series came a few months earlier when Ben Brode made a prerecorded guest appearance in a video by popular streamer Kripparrian, addressing the topic of bad cards. This debut appearance met with an overwhelmingly positive reception, leading to the development of the series on an ongoing basis.

Since then the series has seen an erratic schedule, often with months between videos, sometimes with two videos released in one month. In January 2017 Brode posted on reddit explaining some of the challenges involved in making videos more frequently, chiefly the lack of a dedicated space for recording the videos, the surprising amount of time and work that goes into making a video, and the fact that he makes the videos in his own time following the work day, making it a challenge to balance with his family schedule (especially with his two young children).[2] Brode also mentioned that while he planned to encourage other members of the team to get involved in the videos, not all were "as excited about being a public face" of the game as he and Yong Woo, stating, "there is a lot of harassment that comes with being more public."[2]

Despite these challenges, less than two weeks later the series' first live Q&A session took place on Twitch, featuring the first appearance of Dean Ayala alongside Ben Brode. Brode stated that he had "been itching to do this for a while".[3] In October 2016, the first Designer Insights video was released that did not feature Brode, instead being hosted by designers Pat Nagle and Dan Emmons. 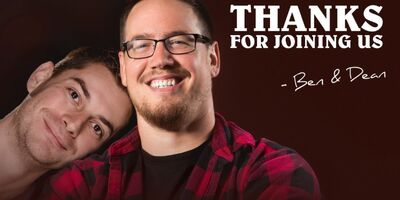