Design and development of Hearthstone 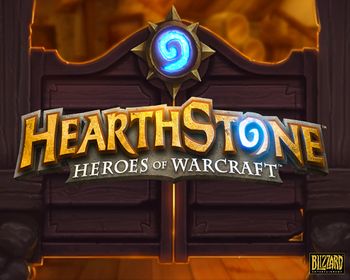 Busy night... but there's always room for another!
Early design and development of Hearthstone (2013-03-22).

This page aims to document Hearthstone's design and development, from the cornerstones of its initial conception to present-day philosophies and design paradigms.

For a quick overview of Hearthstone's milestone events, see the Hearthstone timeline.

The original 15 members of Team 5 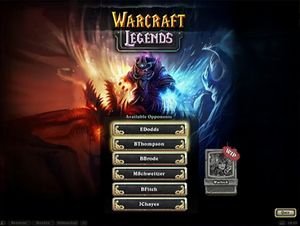 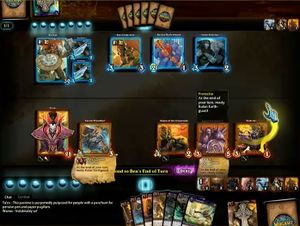 A pre-alpha visual target, rejected due to too much complexity and a lack of life 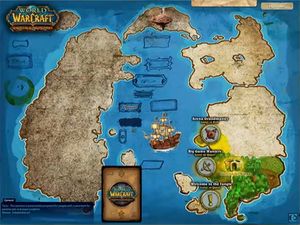 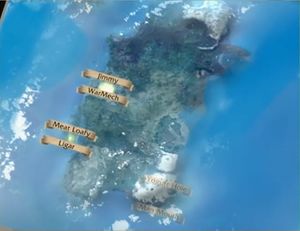 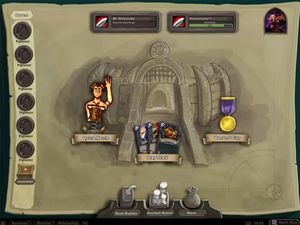 An email from StarCraft II Game Director Dustin Browder to Eric Dodds, complaining that his staff are too busy playing Hearthstone to work on StarCraft 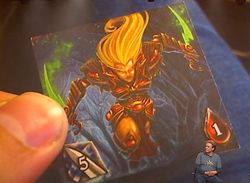 An earlier layout to the game board 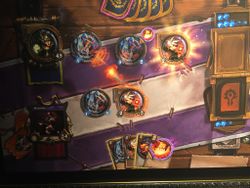 An earlier layout, with the battleground depicted as an actual tavern table 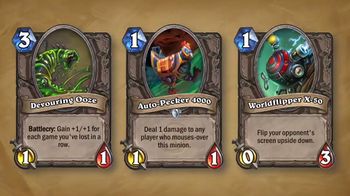 Some minions that didn't make it past internal testing: Devouring Ooze, Auto-Pecker 4000 and Worldflipper X-50 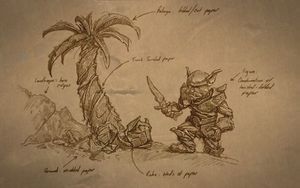 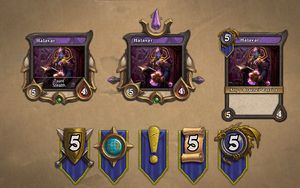 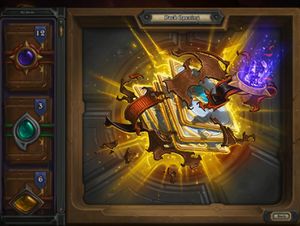 Concept art for the opening of card packs, prior to the game's naming and the addition of the Hearthstone swirl to the card pack itself 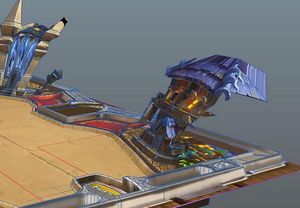 The Stormwind battlefield, viewed at "an angle you shouldn't see it at!"[36]

"I get the board from the 2d artist as a finished painting. Then I throw it in Maya and start to lay down basic shapes and project UV's from the games camera angle and then bring that into Unity.
Then, corner by corner, I flush out the details and export again to Unity checking perspective issues and clipping and such. It usually takes me about 4-5 days just for the board itself. Then I get a week or so to do all the clickables, effects and animations." - John Zwicker[37] 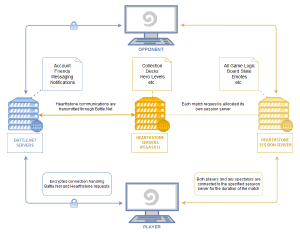 A diagram of the network connections active during a Hearthstone match 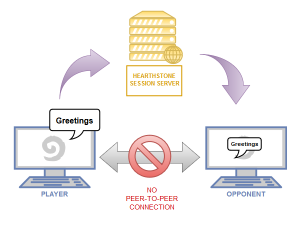 For a list of all card changes made to date, see Card changes

"First design team comes up with the theme for the given expansion. In the case of GvG, the theme was going to be Goblins, Gnomes, and their wonderful mechanical inventions. The backbone of the set is designed around that theme: e.g. we definitely need to have a Goblin Shredder! So those cards start from the flavor and then game mechanics is built around it. "Piloted" mechanic arose from the hilarious image of random denizens of Azeroth ejecting out of these things. Other cards start from interesting and fun game mechanics we want to highlight in the expansion and then we come up with the best name/art work that would fit that card mechanic: e.g. Bouncing Blade."[82]

"Often different parts of the team are working on different stages of an expansion. While card FX and engineering implementation wraps up, design team is often moving ahead and concepting out the next set of content. We have some cool tools that allow our designers to play with different card ideas and missions before we decide to go all the way with implementation."[99]