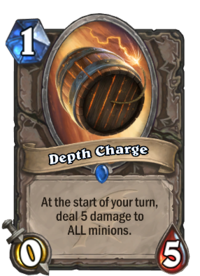 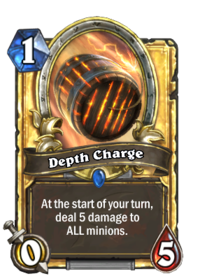 At the start of your turn, deal 5 damage to ALL minions.

* Does not have Charge.

Depth Charge is a rare neutral minion card, from the Descent of Dragons set.

Depth Charge fills a similar role as Doomsayer as an early-game anti-aggro disruptor, but on a smaller scale. It has sizable health for its cost and the amount of damage it deals, while not lethal, is still devastating early game, and even mid-game. The card should be included if your deck needs more early game anti-aggro that just two copies of Doomsayers can't cover.

Note that if you buff its Health, it can survive on to the next round for a chance to activate its effect again. 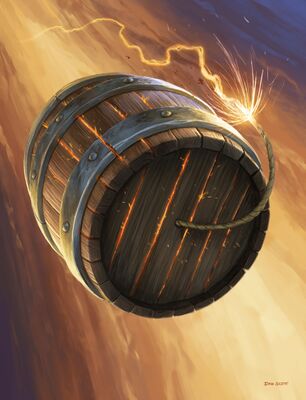