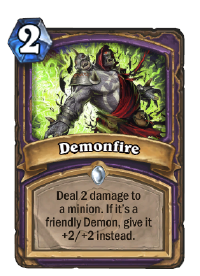 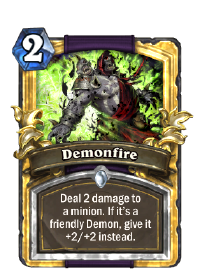 Demonfire is a common warlock spell card, from the Classic set.

Demonfire can be used as either a nuke ability to finish off enemy minions or to buff friendly demons.

Because Lord Jaraxxus counts as a hero once put into play (not a minion), Demonfire cannot be used to grant the player +2/+2. 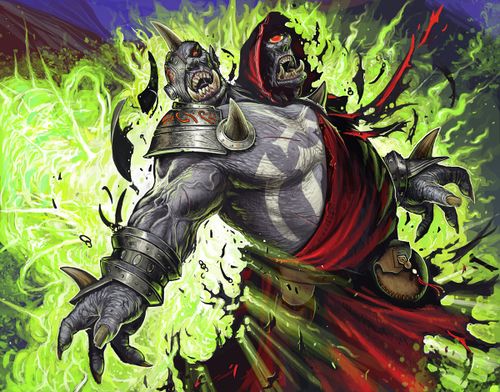