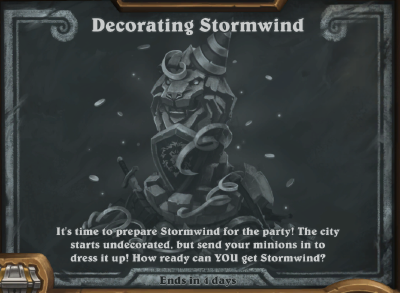 "It's time to prepare Stormwind for the party! The city starts undecorated, but send your minions in to dress it up! How ready can YOU get Stormwind?"

Decorating Stormwind is a Tavern Brawl. It made its debut on March 22, 2017. A direct follow-up to Storming Stormwind, this Brawl uses almost exactly the same mechanics as its predecessor, however the main purpose now is decorating the city, not besieging it.

This Brawl was part of a three-part series of special Tavern Brawls which celebrated the start of the Year of the Mammoth.

This Brawl revolves around decorating Stormwind for the upcoming celebration of Year of the Mammoth. It sees players competing with constructed decks of any class against the computer-controlled hero City of Stormwind.

The City of Stormwind starts the game with the Party Armory weapon equipped, and from turn 2 onward the weapon's Attack is increased by 1 at the start of each turn. If it is destroyed, the weapon will replace itself at the end of the City's turn; the replacement weapon will have its Attack reset to 0, but will gain in Attack more rapidly until it catches up to the value it would have had that turn if it had not been destroyed. Armory is never used by the enemy hero to attack, but grants its Attack value in stats to Swordsman and Shieldsman, leading to ever more powerful minions being summoned as the match progresses. The City of Stormwind's Hero Power Party Barracks is auto-cast, meaning it is used at the start of any turn where the hero has at least 2 mana, immediately after Party Armory gains Attack. 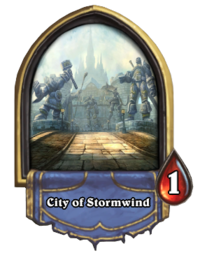 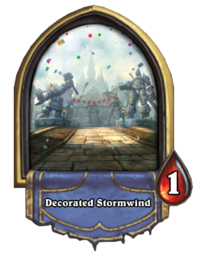 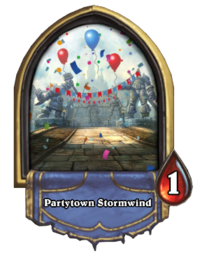 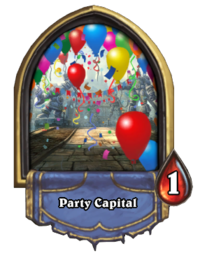 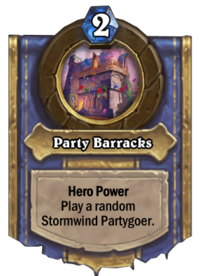 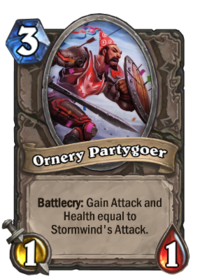 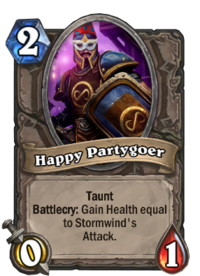 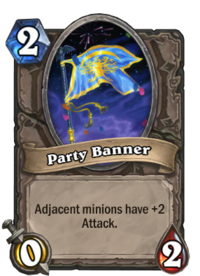 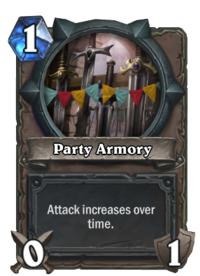 A good strategy is to become the city and use a deck similar to the one shown on the right.

Another good strategy is to leave the Happy Partygoer minions until they fill the board and kill all other minions as they are played. Once the board is full, the adversary will have very few choices available. A good class for this is the mage as spells bypass the Taunts, there is good crowd control, and the mage can damage the enemy hero with Fireblast and spells. This tactic requires few minions, which are usually best with Taunt or Spell Damage.

Totem Shaman is a cheap way to get an outright win. The deck contains everything needed for silencing or transforming, everything that buffs all through Inspire, and some early game survival. The goal is to have 3-4 buffers and just use buffed up totems and removals to kill revelers. Adding Faceless can make it easier to set up buffing team.