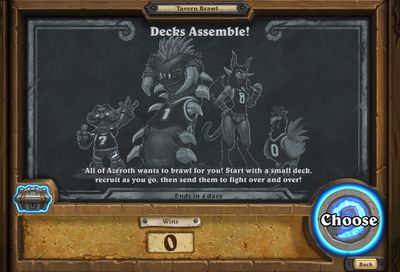 "All of Azeroth wants to brawl for you! Start with a small deck, recruit as you go, then send them to fight over and over!"

Decks Assemble! is a Tavern Brawl. It debuted on December 2, 2015. For exact times, see the schedule.

This complex Brawl sees players doing battle using special decks generated during the match itself. This Brawl has no mulligan; instead, the player starts with a small hand and deck of certain preset cards. At the start of each turn, when they would draw a card, the player instead Discovers a random card; options may be neutral or matching the player's class, and may be of any type. Each time a player plays a card, a copy is shuffled into their deck. At the end of each turn, the player's hand is shuffled back into their deck, and a new selection of four cards is drawn.

Each player starts with a selection of the following cards in their deck and hand. As usual, the player going second also gains The Coin. 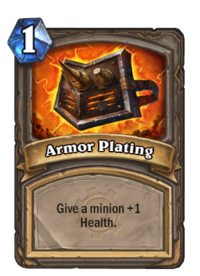 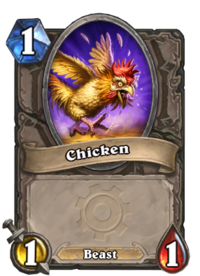 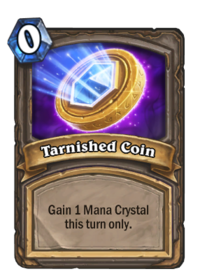 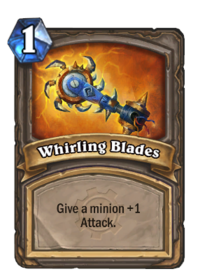 The result of the above rules means there is no reason for a player not to play all cards they wish to each turn, even if there is little value in doing so; playing a card does not alter the likelihood of drawing it (or a copy) next turn, and it is not possible (or necessary) to 'save' cards for later. The lack of any penalty for playing the entire hand each turn, combined with the low cost of the initial cards, makes the Questing Adventurer an extremely powerful early minion.

The cards Discovered first are often the most important for the game. A strong Discovered card can be played several times in the early game, allowing a strong card to provide repeated value. However, choosing cheap cards increases the likelihood of drawing low value hands for the remainder of the Brawl, such as a hand of 1 cost cards on turn 10. The value of good early game cards must therefore be weighed against the inevitable recurrence of those cards later in the game.

Cards chosen at the start of the turn are immediately available for play. However, remember that at the end of the turn they are shuffled back into the deck, with a relatively small chance of drawing them again next turn. This makes choosing cards which can be played that turn a more reliable tactic.

Discard effects can allow the player to tactically remove cards from their hand, preventing them from being drawn again next turn. This can shrink the pool of available cards, allowing the player to focus on desirable cards. Fel Reaver can perform a similar function for the player's deck, although at random.

While card draw effects work normally in this Brawl, with a fixed hand of 4 cards drawn at the start of each turn, the advantage is useful only for that turn; after that the extra card will be returned to the deck as usual. This also makes it very hard to overdraw due to a full hand. Other mechanics such as generate and shuffle into deck effects also work as normal. Return effects can allow you to create additional copies of cards.

As a result, Life Tap is of no benefit unless you play the card you draw that turn, which makes warlock a weaker choice for this Brawl. The value of cards involving card draw effects is also affected. For example, Dancing Swords' Deathrattle is of less consequence, especially if activated by the opponent during their own turn. The same is true for generate effects to a lesser extent, since the cards generated will be shuffled back into the deck at the end of the turn unless played.