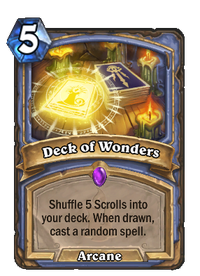 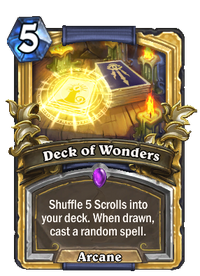 Shuffle 5 Scrolls into your deck. When drawn, cast a random spell.

"Pick a card, any card. Wait! No! Not that one!" - Last words of previous owner

Deck of Wonders is an epic mage spell card, from the Kobolds and Catacombs set.

Deck of Wonders can be obtained through Kobolds & Catacombs card packs, or through crafting. 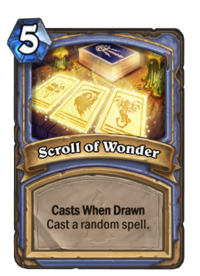