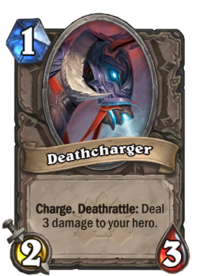 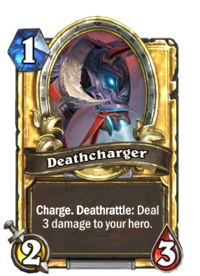 Deathcharger is a boss minion card, used by Anub'Rekhan, Gothik the Harvester, Grand Widow Faerlina, Heigan the Unclean, Loatheb and Instructor Razuvious in the Curse of Naxxramas adventure, as well as Lord Marrowgar in the Knights of the Frozen Throne missions. It is not available to players. 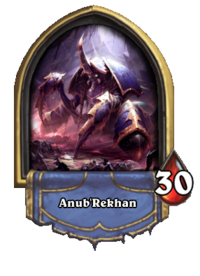 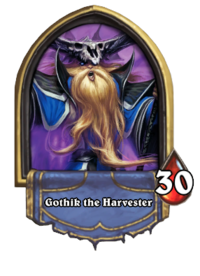 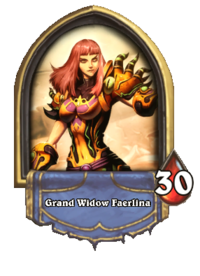 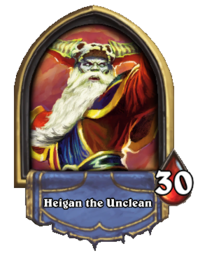 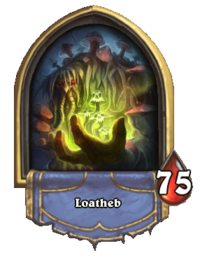 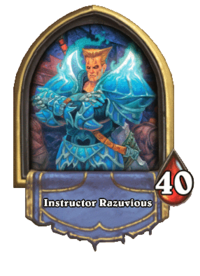 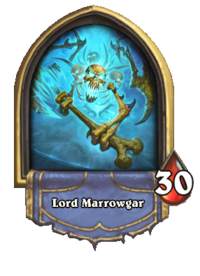 It is generally better to deal damage to the Deathcharger than the hero, as the hero will take the same amount of damage and lose a 2/3 minion.

In World of Warcraft, Deathchargers serve as the mounts of death knights.

Deathcharger was originally intended to be a collectible reward from the Curse of Naxxramas adventure. It was originally designed as a 5 Mana 3/5 minion with "Charge. Deathrattle: Deal 2 damage to the enemy hero."[1][2]