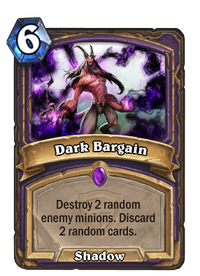 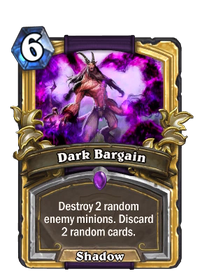 A prime example of lose-lose negotiating.

Dark Bargain is an epic warlock spell card, from the Grand Tournament set.

Dark Bargain can be obtained through The Grand Tournament card packs, or through crafting.

As with many cards with the Discard mechanic, this card can be very strong in an aggressive deck such that by the time this card is played, your hand will be either empty, almost empty, or contains cards you don't want to play. Also has good synergy with Tiny Knight of Evil and Fist of Jaraxxus. It also synergyze well with Spare Parts since if you discard a Spare Part the loss is not as great as a regular card.

Dark Bargain is a warlock spell in World of Warcraft that protects the caster from damage, at the expense of life to be lost later. This is similar to the Hearthstone effect of destroying two minions that could harm the warlock hero on the next turn, at the expense of two cards that could have aided the caster later. In general, many warlock concepts revolve around "dark bargains" with demonic forces: making an unholy sacrifice of some kind in order to be granted a benefit in another area - often in destructive power. 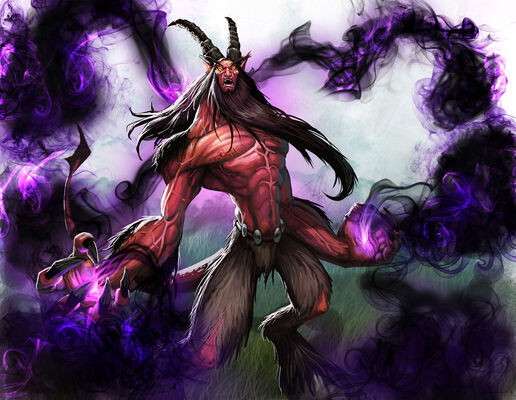