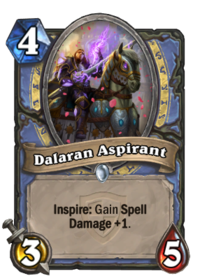 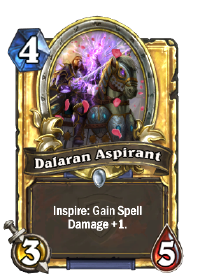 Is he aspiring or inspiring? Make up your mind!

Dalaran Aspirant is a common mage minion card, from the Grand Tournament set.

Dalaran Aspirant can be obtained through The Grand Tournament card packs purchased online from the Battle.net shop, or through crafting.

This minion's Inspire effect allows it to reach high levels of Spell Damage fairly quickly, especially with modifiers such as Coldarra Drake on the board.

Summon
Knowledge is power and I know a lot.

Attack
So. Here's where you're wrong!

This minion is an Aspirant representing the magical city of Dalaran.

Dalaran (also called Dalaran City or the City of Dalaran and pronounced DAHL-uh-RAWN) is the capital of the magocratic nation of the same name, located over the Crystalsong Forest in Northrend during the time of the War against the Lich King, and later near the shores of the Broken Isles during the renewed Legion invasion.

Originally located by the Lordamere Lake on the Alterac Mountains shore in the Eastern Kingdoms, the city was moved to the "roof of the world" by the guided power of all its inhabitants. This was done in order to use Dalaran as a front against Malygos's crusade to eradicate the mortal magi who were not under his reign. Additionally, the magi intended to do what they could against the dread undead forces of the Lich King. Some time later, Dalaran was set in motion and flied high above the seas, as seen during the purges, until it finally stopped near the shores of the Broken Isles to serve as a focal point to counter the Burning Legion's invasion.

The city's inner fortress has served as the focal point for magi and the study of the arcane throughout human history. 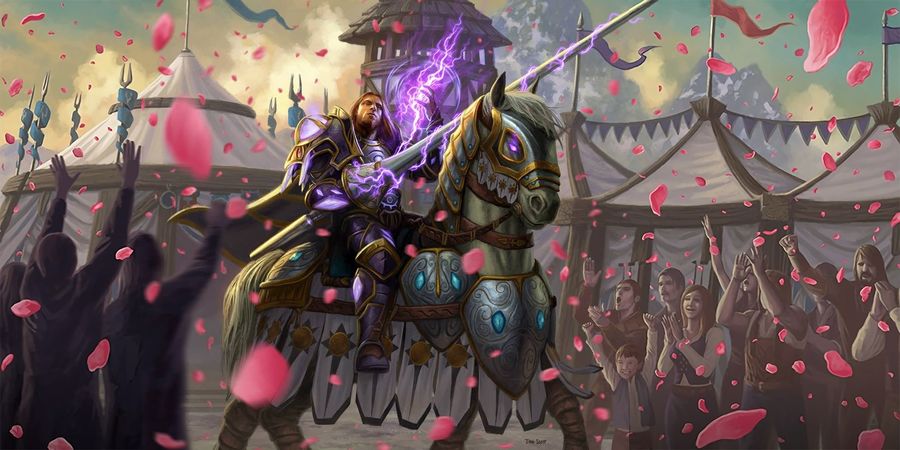