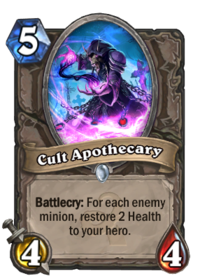 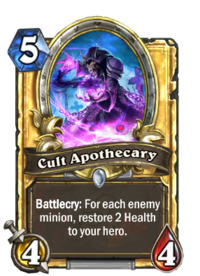 Battlecry: For each enemy minion, restore 2 Health to your hero.

Cult Apothecary is a common neutral minion card, from the Whispers of the Old Gods set.

Cult Apothecary can be obtained through Whispers of the Old Gods card packs, or through crafting.

This card would work well in defending against a minion-heavy deck such as Zoolock. It is especially effective for control decks against aggressive decks, with its healing helping to buy time for the control deck to bring out its more powerful cards.

This worgen apothecary appears to be a member of a cult that worships the Old Gods. 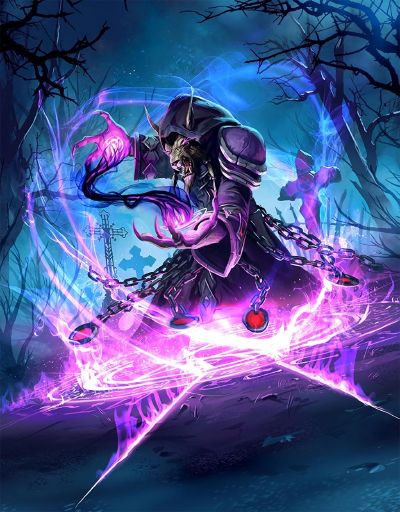