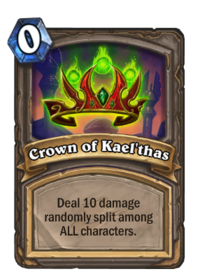 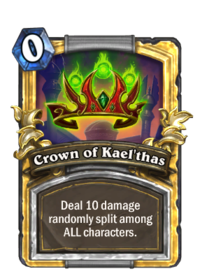 Crown of Kael'thas is a boss spell used by player during Rafaam Unleashed encounter in The League of Explorers. 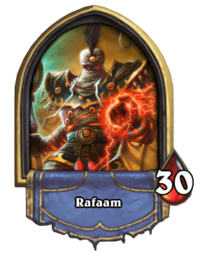 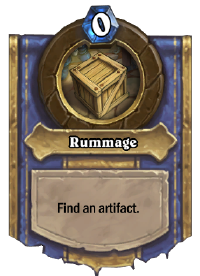 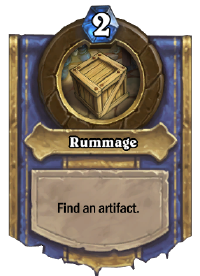 Kael'thas Sunstrider was a senior member of the Kirin Tor and the Prince of Quel'Thalas, the last of the Sunstrider dynasty. After the Fall of Quel'Thalas, Kael'thas led what remained of his people in the service of the Alliance. Striving to placate his people's addiction to magic, he later covertly allied with Illidan Stormrage, but betrayed him to the Burning Legion when its master, the demon lord Kil'jaeden, enticed Kael with the promise of salvation for the blood elves. He was branded a traitor after his allegiance to the Legion was revealed, losing the support of many of his people, and returned to Azeroth a shadow of his former self. Kael'thas plotted to summon Kil'jaeden through the Sunwell, but his plans were foiled by the Shattered Sun Offensive and the sacrifice of Anveena Teague. He was defeated by their forces in Magisters' Terrace.