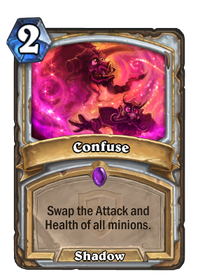 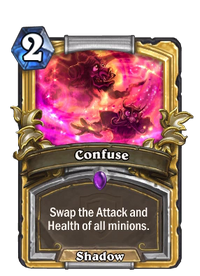 Swap the Attack and Health of all minions.

This minion is really powerful!

Confuse is an epic priest spell card, from the Grand Tournament set.

Confuse can be obtained through The Grand Tournament card packs, or through crafting.

Together with a full-Health Tournament Medic, Deathlord or Flying Machine, Confuse can be used to provide burst damage to finish your opponent off.

Used in conjunction with Pint-Size Potion, it can be an unexpected board clear, effectively killing any opponent's minion with 3 or less Attack.

It also works well with eggs, activating them all with only 2 Mana.

However, Priest has yet to receive a good way to buff your entire board's Health to make this viable, though it has come close with Kazakus Potion, which lacks consistency. Void Ripper carries on this card's dubious legacy. 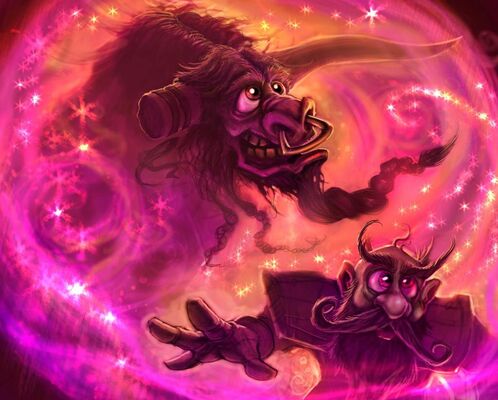