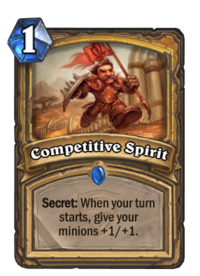 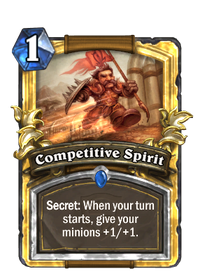 Secret: When your turn starts, give your minions +1/+1.

Competition can be an inspiration to improve oneself. Or kill all the competitors.

Competitive Spirit is a rare paladin spell card, from the Grand Tournament set.

Competitive Spirit can be obtained through The Grand Tournament card packs, or through crafting.

This card is very good with large boards with weaker minions and thus very good with Muster for Battle. Likewise, this card would be excellent with Onyxia, which can be played together on turn 10.

However, since the effect activates at the beginning of your next turn, your opponent may be able to destroy some of your minions before they gain the Secret's buff. Use Taunt minions or protective spells like Hand of Protection or Noble Sacrifice to protect your minions. Alternately, use Deathrattles such as SN1P-SN4P to spawn several smaller minions that will enjoy the Secret's buff.

In World of Warcraft, Competitive Spirit is an ability used by various pets during a Pet Battle. 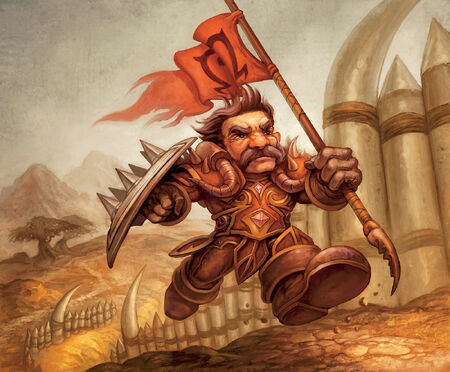