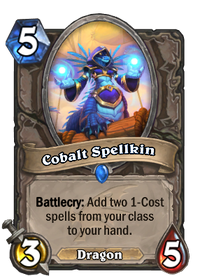 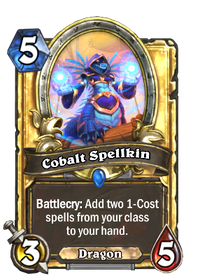 Battlecry: Add two 1-Cost spells from your class to your hand.

For the boss card in Book of Heroes, see Cobalt Spellkin (boss).

Cobalt Spellkin is a rare neutral minion card, from the Descent of Dragons set.

While the Cobalt Spellkin has poor stats for its cost, it can generate valuable spells depending on the class that plays it.

Mage has a variety of strong possibilities, such as Arcane Breath, Ray of Frost and Mirror Image. Shaman is also a strong choice, with Frost Shock, Forked Lightning, Lightning Bolt, and Earth Shock.

Summon
A simple spell should do.
Attack
And you get a spell! 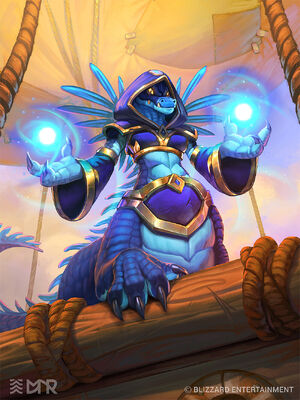