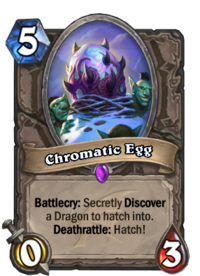 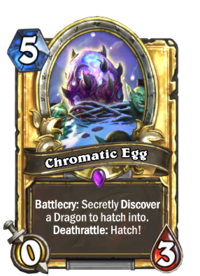 Battlecry: Secretly Discover a Dragon to hatch into. Deathrattle: Hatch!

Chromatic Egg is an epic neutral minion card, from the Descent of Dragons set.

Chromatic Egg can be used to tech against AOE or in a buffing deck to force your opponent to break the egg. Depending on the discovery, Chromatic Egg can offer extremely large amounts of value (such as through Ysera/Malygos) but may also just be a very basic dragon. 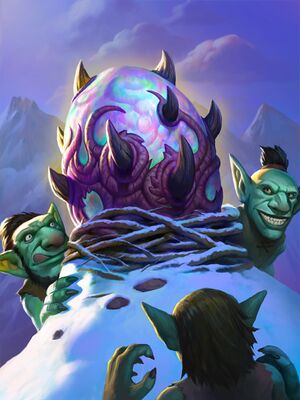