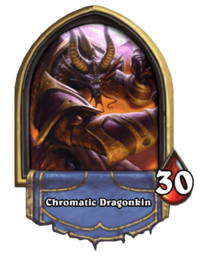 For the boss minion of the same name, see Chromatic Dragonkin

Chromatic Dragonkin was a playable replacement hero originally planned as part of the Blackrock Mountain adventure. It was removed prior to release.

This hero was part of an earlier design for the Chromaggus boss encounter. The player would be turned into the Chromatic Dragonkin hero, with their hero power replaced by the "really bad" Mutation. However, this was eventually discarded in place of the encounter's current design.[1] 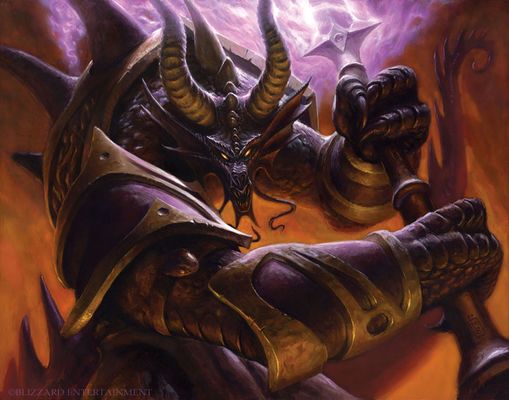