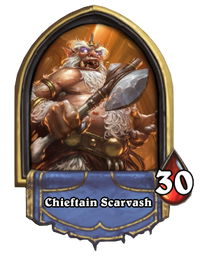 The second piece of the staff is somewhere inside Uldaman!

Chieftain Scarvash is a boss found in the League of Explorers adventure. He is the first boss of the adventure's second wing, Uldaman. 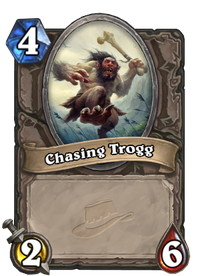 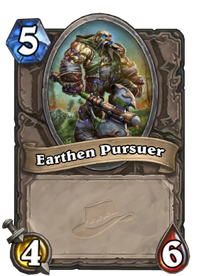 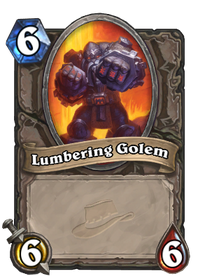 At the start of his turn, Scarvash's Hero Power swaps from Trogg Hate Minions! (Heroic) to Trogg Hate Spells! (Heroic), or vice versa.

Scarvash starts with one Burly Rockjaw Trogg and one Stonesplinter Trogg in play. His Hero Power now makes it impossible to play minions on odd turns, as well as impossible to play spells on even turns. Due to this, classes with weapons work well as they have no penalty.

Scarvash can be beaten with a Shaman. The following build has mostly odd-costing spells and even-costing minions. However, Overload can mess up the odd/even plan.

Many of these could be substituted. Mulligan for Elemental Destruction, you will get a three for one with it on turn 3.

Another strategy is to use a classic control deck. The key to this strategy is that Scarvash has no board clears or AoE spells: First, clear Scarvash's board. Using minions like Tentacle of N'Zoth or Explosive Sheep can be effective if you haven't cleared the Troggs. If you are lucky, he'll use Confuse to lower his minions' health. During this time, you'll take a lot of face damage, so keeping Reno Jackson or good healing minions around is a good idea. Another option is to use Freeze spells on the minions if you know you can kill them before the Troggs take advantage of their acceleration. Once his board is clear and it is an even turn, flood the board with minions of your own, and go for a more aggressive finish. 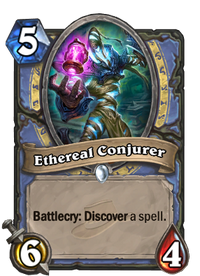 Brann Bronzebeard
Uldaman's infested with troggs! We'll have to fight through them to reach the headpiece.

Chieftain Scarvash
Uldaman for troggs ONLY!

Brann Bronzebeard
Fascinating. These mithril runes contain guardian code. They must date back to the titans!
Elise Starseeker
Focus, Brann!

Brann Bronzebeard
There're still more of them! This way, hero, hop in the mine cart!