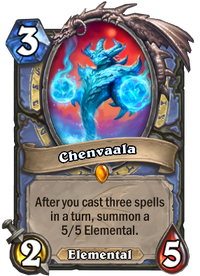 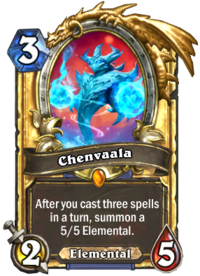 After you cast three spells in a turn, summon a 5/5 Elemental.

Like the Dragon Soul. If dragons had souls of ice.

For the boss of the same name, see Chenvaala (boss).

Chenvaala is a legendary mage minion card, from the Descent of Dragons set.

Chenvaala can be obtained through Descent of Dragons card packs, through crafting, or as an Arena reward. 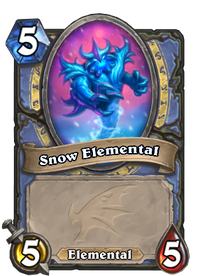 This card is virtually identical to Dragon Soul, only on a minion. While not being a weapon reduces its longevity, Mages are significantly more effective at playing multiple cheap spells consecutively. It complements any tempo decks that use Mana Cyclone and all its synergistic cards.

Summon
Is it cold in here, or is it just me?
Effect triggering
Brrr!
Attack
Catch a cold?

Chenvaala is original to Hearthstone. 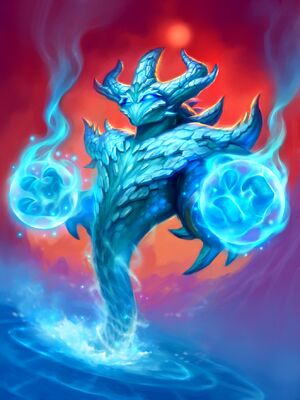