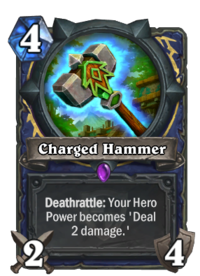 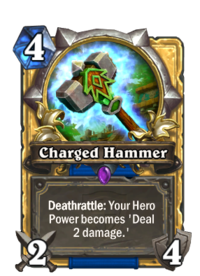 You can only pick it up if you are worthy.

Charged Hammer is an epic shaman weapon card, from the Grand Tournament set.

Charged Hammer can be obtained through The Grand Tournament card packs, or through crafting. 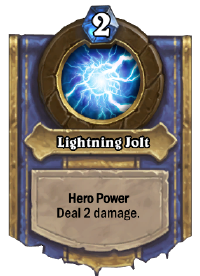 If you wish to make use of the strong Hero Power provided by the Deathrattle of this weapon earlier than normal, equipping another weapon will break Charged Hammer, allowing you to trigger the Deathrattle without having to use all four Durability charges.

The card art features a Gurubashi Punisher which is a random drop from mobs in Zul'Gurub. 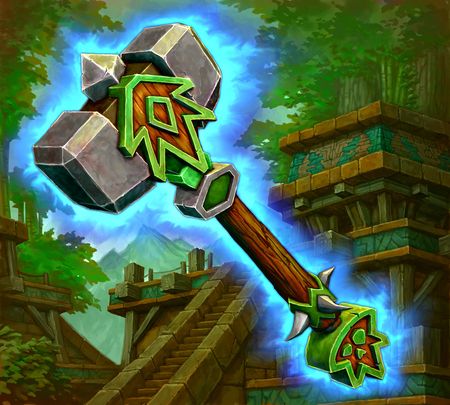