Cart Crash at the Crossroads 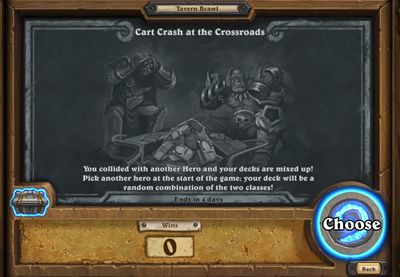 "You collided with another Hero and your decks are mixed up! Pick another hero at the start of the game; your deck will be a random combination of the two classes!"

Cart Crash at the Crossroads is a Tavern Brawl. It debuted on June 1, 2016.

This Brawl appears to have been inspired by Encounter at the Crossroads, featuring the same design but without the second class.

This Tavern Brawl sees players doing battle with randomly constructed decks, using a combination of two selected classes. To enter the Brawl the player first chooses a class, after which a deck is randomly generated containing 19 cards (11 class cards and 8 neutral). Following the mulligan, the player then chooses from one of three random "second classes", resulting in 11 cards suitable to that class being shuffled into their deck.

These choice cards are used at the start of each Brawl when selecting a "second class". 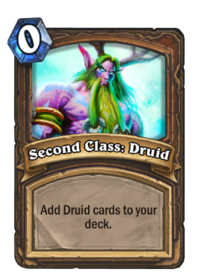 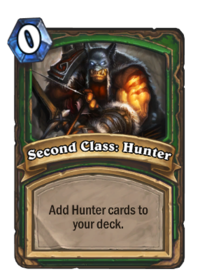 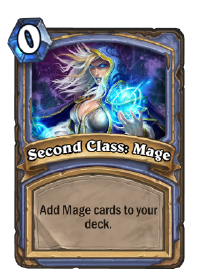 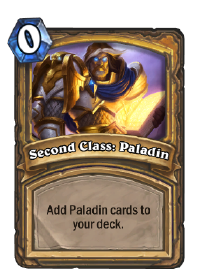 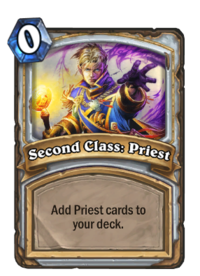 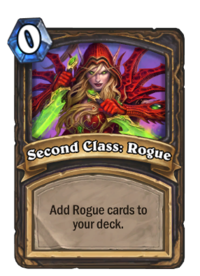 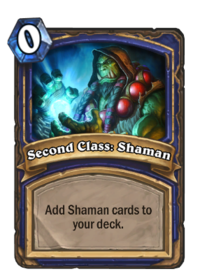 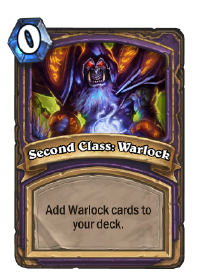 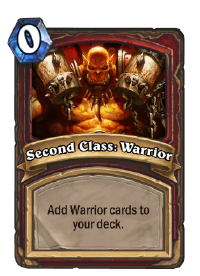 Warlock is by and far the best class as the decks are typically heavily weighted in mana cost but Warlock has better early game. The best secondary classes are Mage and Rogue for the useful spells.