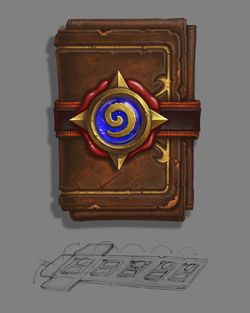 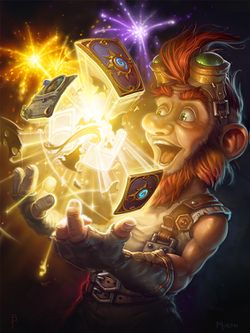 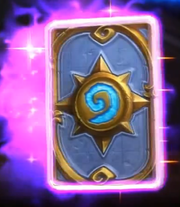 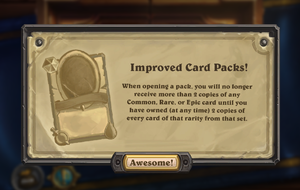 The following is a short summary of the above rules and the official statement on the Blizzard website as of April 2020:[18]

Crafting a card counts towards owning it, and any cards you disenchant (whether golden or non-golden) count as well. This means that if you get a card that you don’t want, you can disenchant it and you will not receive it again until you have all cards of that rarity from that card expansion.