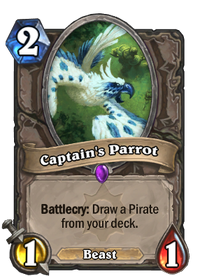 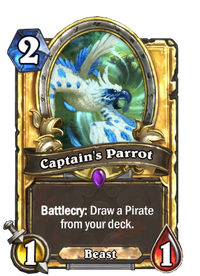 Battlecry: Draw a Pirate from your deck.

Pirates and Parrots go together like Virmen and Carrots.

Captain's Parrot is an epic neutral minion card, inducted into the Hall of Fame set, formerly from the Reward set.

Captain's Parrot can be obtained through crafting only.