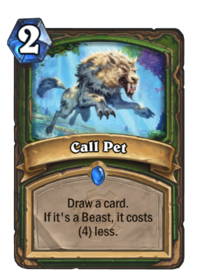 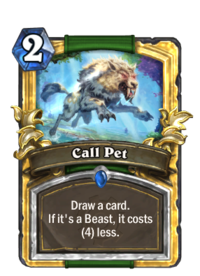 Call Pet is a rare hunter spell card, from the Goblins vs Gnomes set.

Call Pet can be obtained through Goblins vs Gnomes card packs, or through crafting.

A good pick for Beast-heavy decks, where there is a good chance that the next card will be a Beast. As this spell costs 2 mana, if a Beast is drawn the result will be 2 mana saved on the cost of playing both cards. If the drawn card is not a Beast, it is comparable to Loot Hoarder, Novice Engineer or Bloodmage Thalnos, which are decent cards in cycle-heavy decks. However, it can also be useful for spell synergy.

Starving Buzzard can also combine with Call Pet. Call Pet will lower the cost of a Beast allowing a Hunter to play a Starving Buzzard and immediately follow it with a cheap or possibly free Beast card to benefit from the card draw effect.

Call Pet is the basic hunter pet summoning ability in World of Warcraft. It can be used to summon or dismiss any of the hunter's current pets, either to swap pets, or to replace a pet that has died or run out of range. 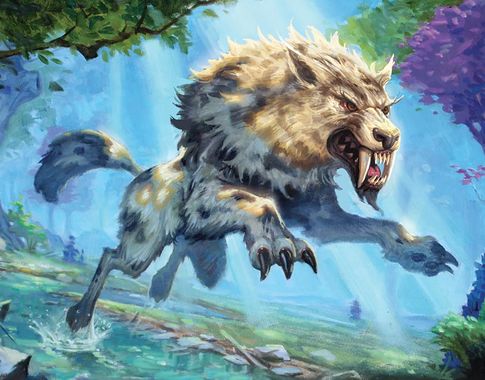