Breath of the Infinite

From Hearthstone Wiki
Jump to: navigation, search
Breath of the Infinite
Regular 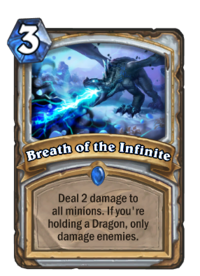 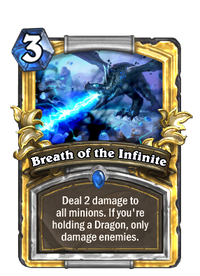 Deal 2 damage to all minions. If you're holding a Dragon, only damage enemies.

Breath of the Infinite is a rare priest spell card, from the Descent of Dragons set.

In most decks, this card is identical to Volcanic Potion. This provides good area of effect removal for Priest. Resurrect Priest can get a lot of value out of this, playing it in the early game to clear out aggressive decks before the Priest even has any minions in play. While this has a stronger effect with Dragons, it's less important to keep a Dragon than for most other Dragon synergies in the game. Since Priest minions tend to feature high health, they can often survive Breath of the Infinite and be used to trade or attack face afterwards. 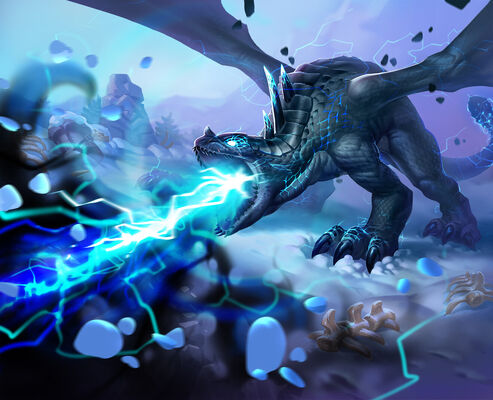 Breath of the Infinite, full art