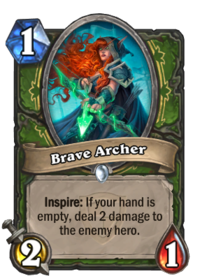 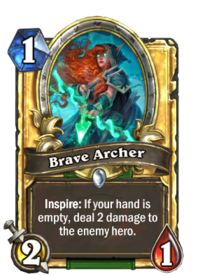 Inspire: If your hand is empty, deal 2 damage to the enemy hero.

This is a "bearly" concealed reference.

Brave Archer is a common hunter minion card, from the Grand Tournament set.

Brave Archer can be obtained through The Grand Tournament card packs, or through crafting.

A card that is meant for a hyper aggro deck. These decks tend to run out of cards quickly and when they do, this card's effect will be easy to trigger.

Summon
Today, I don't have to be a princess.
Attack
Oh shoot. 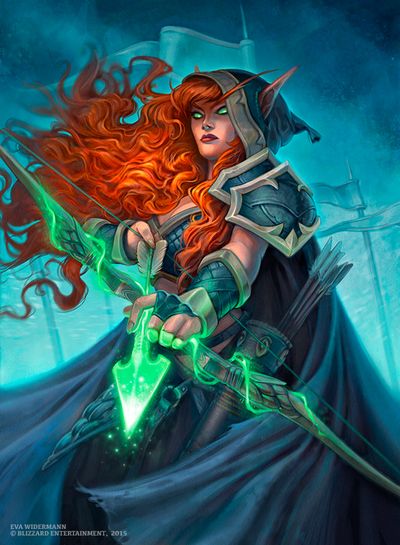