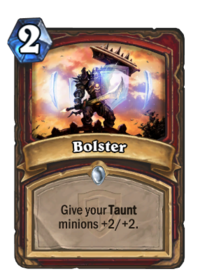 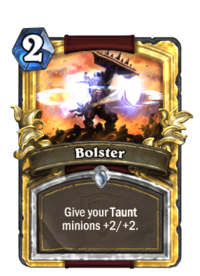 The best offense is a good defense.

Bolster is a common warrior spell card, from the Grand Tournament set.

Bolster can be obtained through The Grand Tournament card packs, or through crafting.

Bolster is best used in a deck that has multiple Taunt cards. It has strong synergy with cards that can generate Taunt, like Sparring Partner, Hogger and Protect the King!.

It is a great card for Quest Warrior since most of your minions are obviously taunts and Bolster's effectiveness increases with more Taunt minions on the board.

While Bolster was initially considered too weak to be playable, it became significantly more powerful as cheap Taunt minions and Taunt minion generators like Public Defender and Stonehill Defender were added to the game, as well as other Taunt synergy cards like Into the Fray that gave Taunt Warrior decks a way to gain massive tempo in the early game.

Bolster is original to Hearthstone. 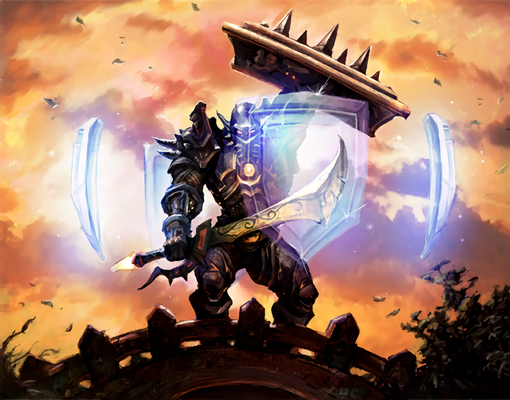