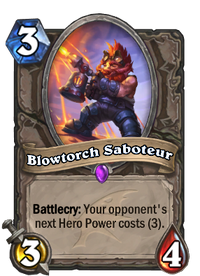 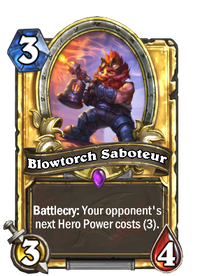 Before he came along, we went through a lot of duct tape.

Blowtorch Saboteur is an epic neutral minion card, from the Descent of Dragons set.

Blowtorch Saboteur is a very basic card. It comes with vanilla 3 cost card stats at 3/4 meaing it can easily be played on curve. It also increases the cost of your opponent's Hero Power, potentially restricting its use.

This card is doubly effective against Demon Hunters, increasing the cost of Demon Claws or Demonic Blast by 2 mana.

Summon
Meld it down, lock it up.
Attack
Melt it down! 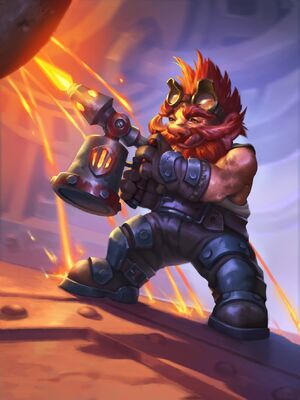