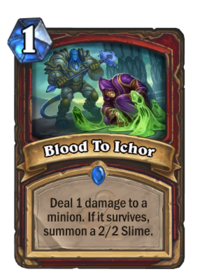 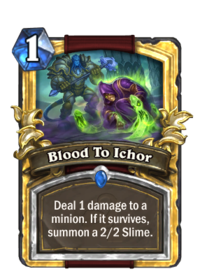 For his next trick, he turns the ichor back to blood and stuffs it back in you.

Blood To Ichor is a rare warrior spell card, from the Whispers of the Old Gods set.

Blood To Ichor can be obtained through Whispers of the Old Gods card packs, or through crafting. 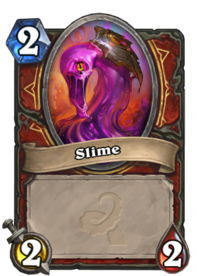 You can use this card as a set up for Execute, or to trigger Acolyte of Pain. Compared to Ironforge Rifleman, this spell costs 2 less mana, so it is way more efficient.