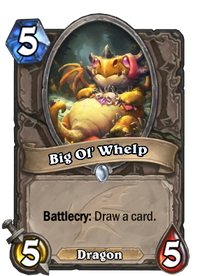 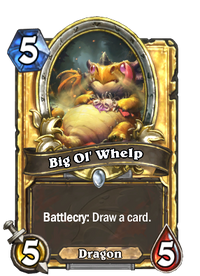 A chonker, a real absolute unit.

Big Ol' Whelp is a common neutral minion card, from the Descent of Dragons set.

Big Ol' Whelp can be obtained through Descent of Dragons card packs, through crafting, or as an Arena reward.

Big Ol' Whelp has decent stats for its cost while offering card draw. This can be seen as a much better version of Gnomish Inventor as it has +3/+1 and also draws a card for just one mana more, while also having Dragon synergy. This allows you to put a minion your opponent can't ignore without losing any card advantage. 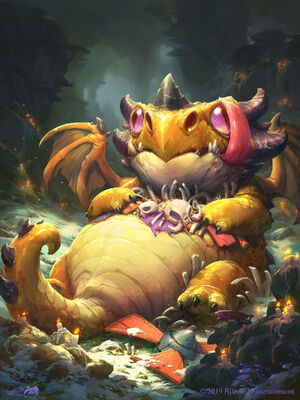