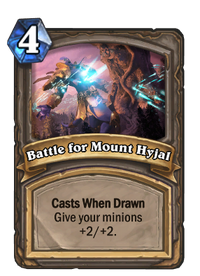 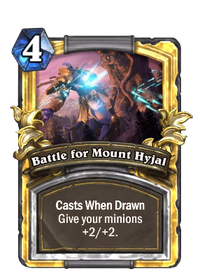 Casts When Drawn
Give your minions +2/+2.

Battle for Mount Hyjal is an uncollectible neutral spell card from the Arena unique set. 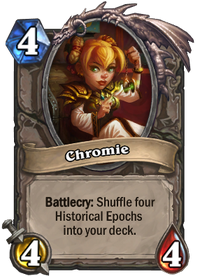 The Battle of Mount Hyjal was the final battle of the Third War between the mortal races of Azeroth and the Burning Legion. The Alliance, Horde, and Night Elves rallied at the base of Mount Hyjal and defeated the Legion's demonic forces led by the Eredar lord Archimonde. It was featured in the final mission of Warcraft III: Reign of Chaos and a raid in World of Warcraft.

The Battle of Mount Hyjal (or the Battle for Mount Hyjal) was the final bloody conflict that concluded the Third War, its invasion of Kalimdor phase, the second invasion of the Burning Legion to Azeroth, and the Age of Chaos. After the fall of the kingdoms of Lordaeron, Quel'Thalas, and Dalaran under the undead Scourge on the Eastern Kingdoms, the demon lord Archimonde emerged in the physical world from the Twisting Nether, and the demons of the Burning Legion proceeded with their original plan - to take control of the powers of the second Well of Eternity under the World Tree Nordrassil.

As the Legion ascended Mount Hyjal, thousands of night elf Sentinels and druids gathered near Hyjal Summit. Although the druids were unable to summon the Wild Gods, many dryads and keepers of the grove joined the army. Although the Horde and Alliance refugees also came to Hyjal, they did not work with the night elves, as Tyrande believed that they brought the Legion to Kalimdor. As such, Archimonde was certain about victory. However, he did not sense the presence of Medivh. One day before the battle, Medivh gathered Jaina, Thrall, Tyrande, and Malfurion. Although Tyrande hesitated, Medivh managed to convince them and the forces banded together.

Thousands of defenders died under the relentless tide of undead and demons. Together the three armies delayed the demon lord Archimonde long enough for Malfurion and the other druids to lay a trap. When Archimonde at last reached the tree and the Well of Eternity it protected, the druids drew the enchantments out and Malfurion, using the Horn of Cenarius, summoned countless incorporeal wisp spirits. They closed in around Archimonde, but they did not attack him. At Malfurion's behest, they instead channeled their energies into the World Tree and ignited the enchantments within. An explosion erupted from Nordrassil, shaking Kalimdor to roots. In a massive burst of energy, Archimonde was instantly killed, leaving only his skeleton there, along with most of the undead and demons.

The allied defenders immediately launched a counterattack against the surviving Legion forces. Without their commander, majority of the enemy forces collapsed and crumbled under the combined might of the allies. This furious assault destroyed almost all of what remained of the demons and undead in Kalimdor. Arthas Menethil only narrowly escaped the attack. He rallied as many of the Scourge as he could before he retreated back home. 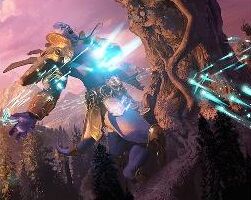