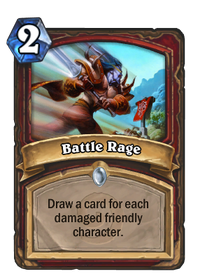 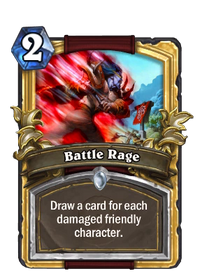 Draw a card for each damaged friendly character.

Battle Rage is a common warrior spell card, from the Classic set.

Battle Rage can be obtained through Classic card packs, through crafting, or as an Arena reward.

Battle Rage draws a card for every damaged friendly minion or hero, giving this ability a potentially large card output. If you have a lot of minions on the field, you could play Whirlwind in conjunction with Battle Rage and draw a substantial amount of cards. Players often find themselves with a lack of cards in their hand and Battle Rage has the ability to turn a match around or further secure victory.

When your hero is undamaged and other options are available, it is often preferable to avoid using Armor Up! in order to have a higher chance to draw an extra card later in the game. 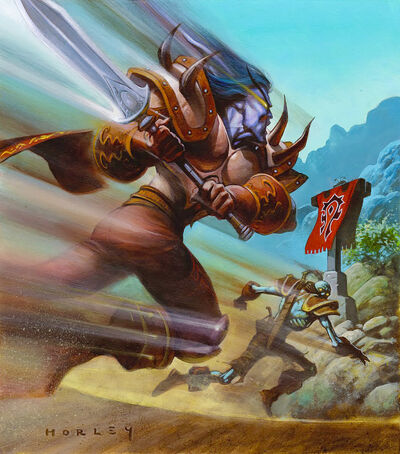