From Hearthstone Wiki
Jump to: navigation, search
Armor Up!
Regular 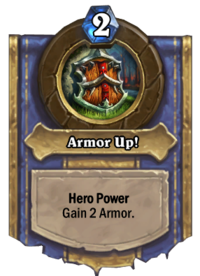 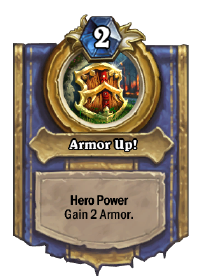 Armor Up! is the warrior's basic Hero Power.

This Hero Power grants the user 2 Armor, effectively countering 2 points of damage per use. This can be used frequently to accrue a large pile of Armor. In comparison to the priest's Lesser Heal, the warrior can use (and benefit from) Armor Up! even when at full Health, since there is no limit to how much Armor can be accumulated, allowing them to more than double their effective Health pool. This makes Armor Up! a valid play at any stage of the game.

The value and use of Armor Up! depends strongly on deck type. By far the most defensive Hero Power in the game, Armor Up! is chiefly used in Control Warrior decks (alongside other sources of Armor such as Armorsmith and Shield Block) to slow down the game, allowing more time for the warrior to bring out their expensive minions and put their combos into play. It also enables Shield Slam, for hefty removal. In contrast, it is rarely used by aggressive warrior decks, due to the loss of tempo and lack of concern over their own Health/Armor pools. Like most Hero Powers it is a reasonable play whenever there are no better ways to spend your mana. 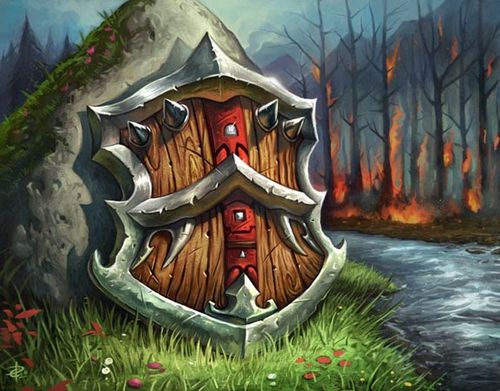