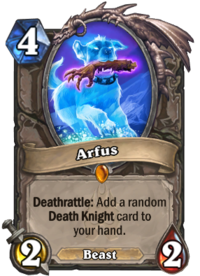 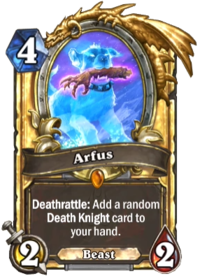 Deathrattle: Add a random Death Knight card to your hand.

There must always be a Lick King.

Arfus is a legendary neutral minion card, from the Knights of the Frozen Throne set.

Arfus can be obtained through Knights of the Frozen Throne card packs bought through the ingame Shop, purchased online from the Battle.net shop, or through crafting. 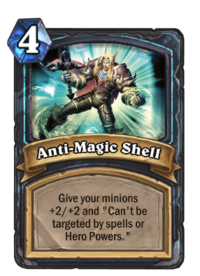 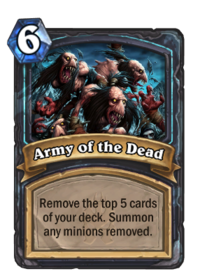 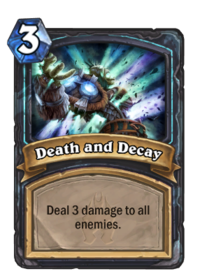 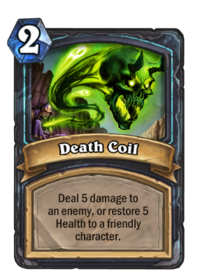 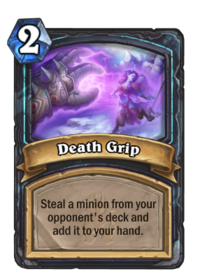 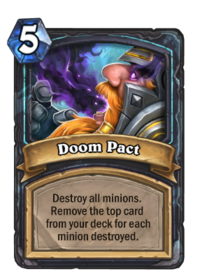 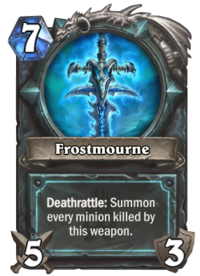 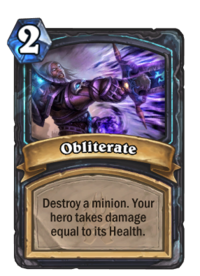 Arfus is a very understatted minion, so its primary use is giving you a powerful card. Arfus' relative cheapness compared to The Lich King can give you access to a Death Knight card far earlier in the game, potentially swinging the game in your favor faster. Because the Death Knight card is gained earlier in the game, the randomness is less important since it's easier to hold the card for a long time until the perfect moment.

Being a Deathrattle with a very strong effect, Arfus benefits greatly from Deathrattle synergies like Play Dead or resurrection effects like Eternal Servitude, giving you additional Death Knight cards.

Take care when playing this against mind control effects, and especially against Priests. A Potion of Madness, Shadow Madness or Cabal Shadow Priest can snatch Arfus away.

As Arfus is a Beast, it works well with Beast-based cards such as Houndmaster and Kill Command. This also means it has a chance to show up as an option for Build-a-Beast.

For specific strategies on each of the Death Knight cards, see The Lich King.

Arfus is an undead puppy unique to Hearthstone.