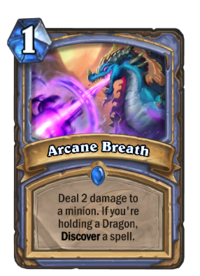 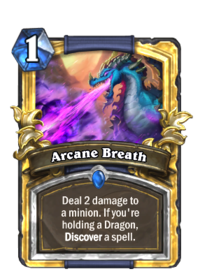 Deal 2 damage to a minion. If you're holding a Dragon, Discover a spell.

One of many side effects from eating mana cookies.

Arcane Breath is a rare mage spell card, from the Descent of Dragons set.

With a Dragon in the hand, Arcane Breath is an efficient source of small removal and card generation. One of the best dragons to use with Arcane Breath is Azure Explorer, which adds a dragon to your hand and doubles this spell's damage.

If you don't have a Dragon in the hand, Arcane Breath should only be used in an emergency. While it's comparable to Arcane Shot and Holy Smite, it's only marginally better than Fireblast and loses lots of value if played this way.

Since Arcane Breath is a cheap spell that creates another spell, it's a great card to fuel spell synergies like Archmage Antonidas and Gadgetzan Auctioneer. 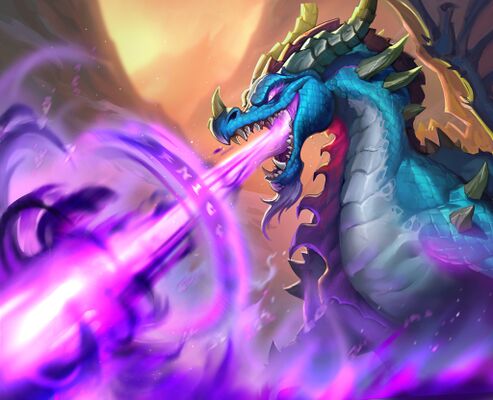