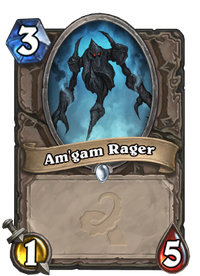 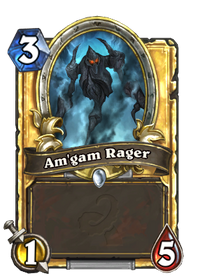 Am'gam Rager is a common neutral minion card, from the Whispers of the Old Gods set.

Am'gam Rager can be obtained through Whispers of the Old Gods card packs, or through crafting.

This minion's relatively high Health makes it likely to survive going into turn 4, but its poor Attack and lack of abilities means it doesn't offer much once it's ready, and would need buffs such as Blessing of Kings or Mark of Nature to have much impact on the board. However, it will almost always be better to simply use a more powerful 3 cost minion, rather than spend additional cards buffing an Am'gam Rager.

Warlock and Hunter both have strictly better versions of this card: Darkshire Councilman and Carrion Grub respectively. Those should always be used instead of Am'gam Rager.

In Wild format, this card synergies well with Hobgoblin, making it a 3/7 for 3 mana.

As of Journey to Un'Goro, this card is completely obsolete, as Tar Creeper has equal stats to it with the addition of Taunt and an attack bonus on your opponent's turn. As well, Upgradeable Framebot has identical stats and the Mech tag for 1 mana less.

This is the corrupted version of Magma Rager. It is original to Hearthstone. It appears to be a Magma Rager that has cooled down and turned to rock, thereby sacrificing offensive power for durability. 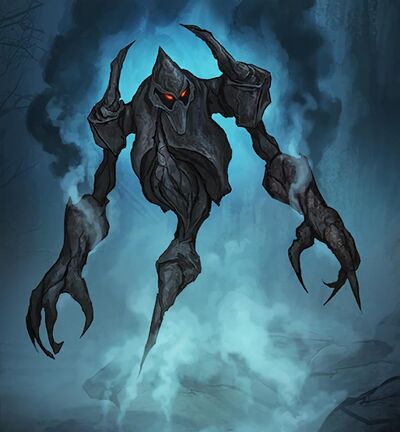