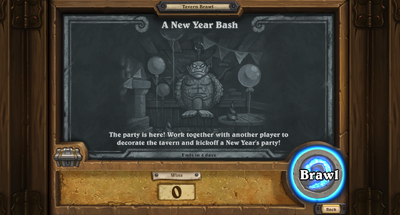 "The party is here! Work together with another player to decorate the tavern and kickoff a grand New Year of Hearthstone."

A New Year Bash (previously known as A Mammoth of a New Year) is a Tavern Brawl. It made its debut on March 29, 2017.

The fourth cooperative Tavern Brawl, this Brawl was part of a three-part series of special Tavern Brawls which celebrated the start of the Year of the Mammoth. This brawl was again released a day after the release of The Boomsday Project expansion in 2018, and again on Christmas day in 2019. 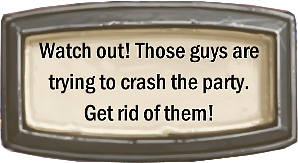 This cooperative Brawl revolves around decorating the tavern while fighting with Party Crashers and a Piñata Golem boss. One player will play as druid, and the other as rogue.

This Brawl can be described as having two stages: 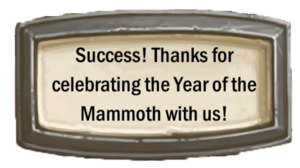 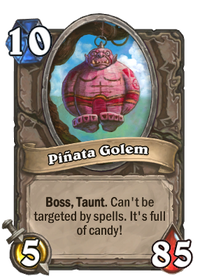 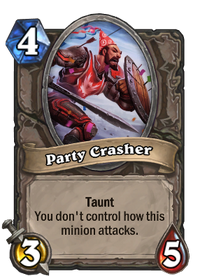 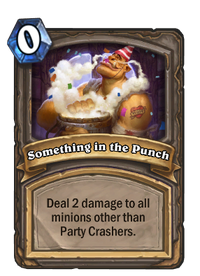 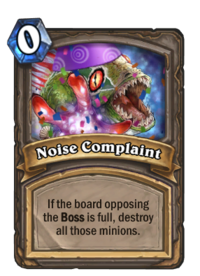 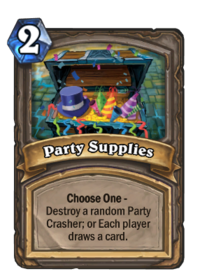 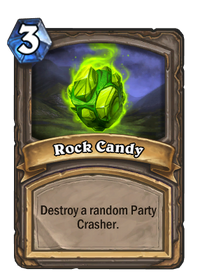 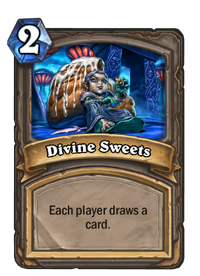 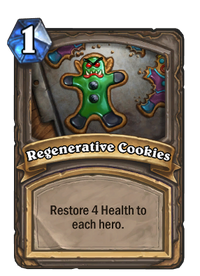 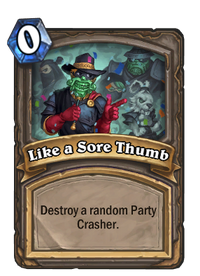 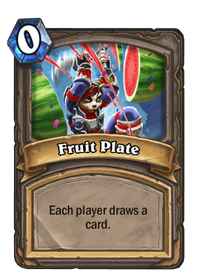 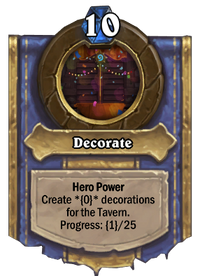 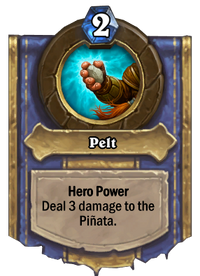 The players' starting decks, listed below, contain 28 cards each. However, once the Piñata Golem boss spawns, two Party Supplies cards are shuffled into each player's deck, without animation. Therefore, the decks can be "considered" to contain 30 cards each. 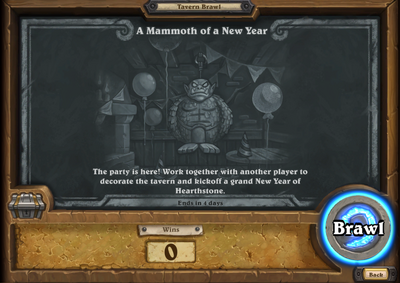 A Mammoth of a New Year brawl